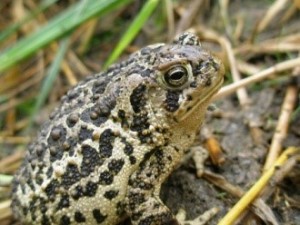 The Wyoming toad is a Federally Endangered Species that currently exists in the wild at only two known locations within its small range in the Laramie Basin of Wyoming.  Both of these populations were created by the reintroduction of captive produced toads and tadpoles after the species was thought to be extinct, making this thefirst amphibian conservation program to re-establish a species within historic range through captive breeding efforts. Causes of its decline are uncertain but include habitat change/usage, aerial insecticides, predation, and as with so many other species, the amphibian chytrid fungus.  Both populations have recently experienced serious declines and are once again being augmented by releases using progeny from the captive breeding program.  Genetic diversity in the captive population will never increase unless new wild populations are discovered and collected as all currently known wild populations were re-established through reintroductions.

The role of the SSP in the USFWS Recovery effort is to maintain a physically healthy and genetically diverse captive assurance population for this species and to produce numbers of offspring for release back into the wild. The SSP also assists the USFWS in Wyoming with field work and research. Recovery partners agree to work together in monitoring the reintroduced populations and conducting studies of behavior and habitat use in order to gain a better understanding of wild behavior to work out the most effective captive husbandry practices for this toad. Summer field surveys are conducted by the USFWS and volunteers to monitor and assess the wild populations. The annual SSP Master Plan and Husbandry meeting is held in Wyoming, and WyToad IRs and zoo staff assist with the July surveys; participation in these volunteer surveys is a great opportunity for Zoos that wish to make a contribution to an important amphibian conservation effort but do not hold the species in their collections. 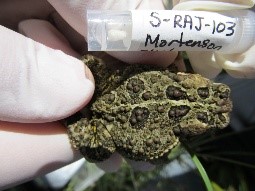